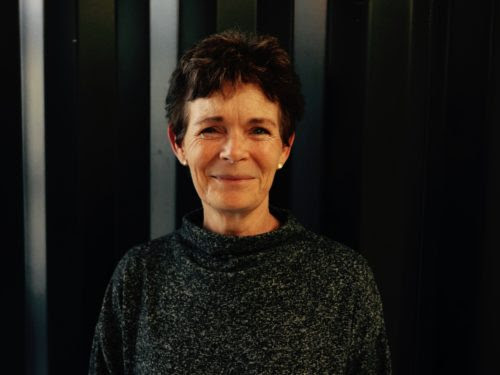 Radio producers and broadcasters are calling on the UK government to continue to support radio programmes tackling important social issues and serving communities around the UK, via commercial and community radio.

The Audio Content Fund is a government-financed project, which at a cost of just £1m a year has so far funded 128 projects with 76 different production companies and 329 different radio stations, reaching more than 10m listeners. ACF commissions have included content across every genre including drama, documentary, children’s, comedy and music.

The fund is a three-year pilot scheme which is due to come to an end in March 2022 – a decision on the fund’s future is expected to be made very soon by the Department for Digital, Culture, Media and Sport.

Commercial radio stations have run content in genres such as comedy and drama for the first time and community radio stations have been encouraged to work together in order to work with a production company to put together a bid, thus creating new networks and partnerships.

The ACF has a number of criteria which bids are either required or encouraged to meet, including companies and talent based around the UK. 5% of spend is earmarked for content in indigenous languages such as Welsh, Gaelic, Ulster Scots and Irish. Around two thirds of the companies successfully bidding for funding are from outside the London area.

The ACF has also demonstrated it can be used to further public policy aims, support the creative industries and ultimately benefit British audiences. The Government has previously supported an additional £400k funding round in Spring 2020 to create programmes to lift the national mood during the coronavirus lockdown. There was then a further £300k of finance allocated from the Office for Civil Society earlier this year, to support a round on mental health and loneliness themes.

Projects funded by the ACF have included:

“The Audio Content Fund has been a game-changer for our Manchester-based company. We always have more ideas than places to pitch them. The ACF has opened up new audio platforms for some of our hugely talented writers, artists and journalists and encouraged us to make programmes for new audiences. There is so much interest in audio now. The ACF helps all audio makers find new audiences.”

“The Audio Content Fund is a fantastic opportunity to create commercial programmes that really makes a difference. From encouraging listeners across the UK to try running during lockdown, to offering bitesize mental health advice and support, the fund cements audio’s position as a powerful medium for connecting with audiences. To deliver this from MediaCityUK was especially important, and the Audio Content Fund has allowed us to invest in Salford and support our growing creative community.”

Ashley Byrne, Creative Director of Made in Manchester, said:

“It’s been great to work with the Audio Content Fund on some ambitious projects, none of which would have been possible without the ACF which has enabled independent producers outside London in particular to realise their true range and creativity. More than anything it’s helped to increase plurality in radio. The BBC is brilliant but having more quality speech and competition in documentary, drama and comedy can’t be a bad thing for the industry and has to be a good thing for audiences.”

“The Audio Content Fund has enabled a wide range of content to be broadcast on XS Manchester and we love airing special programmes that reflect and connect with the city. We worked with 2ZY on a series of outside broadcasts showcasing the musical heritage of the 10 boroughs and are currently broadcasting a weekly current affairs programme on Sunday nights hosted by Michelle Ackerley, produced by Audio Always. During the initial lockdown we also collaborated with Low Fat Radio to air a bespoke series of comedy drama episodes all rooted in the North West.”

“The Audio Content Fund is a fantastic, cost effective way of getting entertaining and highly useful content to audiences on the stations they love. The programming has been inspirational especially during Lockdowns when it brought audiences together to lift the national mood. innovative programmes have been produced on important subjects like male mental health, violence against women and dealing with disability. The fund has also generated new partnerships and programming for the UK’s rich range of community radio stations.”

“We’re really pleased that around the country, companies have used the Fund to deliver high-quality innovative programmes which serve different audiences and communities in a unique way. We are engaging with government to persuade it to continue with the Fund. We hope that they recognise the value for money of this relatively small investment and make it a permanent scheme.”