We had a fantastic awards night at the BFI on the 24th November.

The full list of winners can be seen here:

GOLD – Ricky Wilson – Made in Manchester

SILVER – Ashley Byrne – Made in Manchester

Production Company of the Year

SILVER – Made in Manchester

The ceremony programme is here.

The entry deadline has now passed, and nominations announced, they can be viewed here.

Welcome to the Audio Production Awards! We created these awards to celebrate the very best in radio and audio production, reflecting the different skills and wide range of genres out there.

Whether you’re a sound designer specialising in documentary, a live sports producer or anything in between, these awards are a chance for you to have your expertise recognised.

We’ve been running the awards since 2010, originally as the Radio Production Awards (RPAs) and since 2016 as the APAs, and in that time the sector’s grown and changed enormously but what remains constant is it’s reflecting both new and upcoming talent and also those who have dedicated their careers to engaging audiences.

Normally the event takes place at the end of November at a location on London’s South Bank. In 2020 this clearly wasn’t possible, so instead we held the awards as an online audio-only event.

As a trade body, it is vital for AudioUK and the Audio Production Awards to properly reflect the full diversity of our sector. The awards should be representative of all platforms: podcasts, audiobooks and radio; large and small companies; based across the UK. The Audio Production Awards promotes inclusivity within our industry around gender / gender identity, race and ethnicity, LGBTQ+ identities, disability, age, socio-economic, and more.

When selecting the judges for the APAs 2021, we used the base of previous years as a starting point, when we had worked with consultant Leanne Alie, on expanding our network of audio professionals as judges. For 2021, we approached many of these judges initially to ask if they would be happy to judge for another year, and we asked the judges to make recommendations for other judges from within their professional networks. We also worked hard to expand our networks further, to ensure the judging panel reflected the full diversity of the audio production sector, something that is very important as a focus for AudioUK to continue to develop. We will ask the judges to volunteer diversity monitoring information, to ensure that we are representing the full range of experiences present within the audio production sector, and to hold ourselves accountable to this. We will also ask judges for more qualitative feedback, in order to get a wider view of their experience of the judging process. The list of judges can be seen on our ‘Judges’ page.

For the judging process, we worked with Yassine Senghor from Confronting Change, to provide the judges with a training video and notes based on Equality, Diversity, Inclusion and Bias in judging. We asked the judges to consider how the piece they were judging was reflective of the world we live in, acknowledging resources (or lack of) available to entrants and challenges potentially faced. This could mean tech or financial resources, but also access to training, professional experience, knowledge of the industry and so on.

This year, we introduced a pay what you can entry fee for individuals and freelancers who would otherwise find the entry fee prohibitive. And we are also providing a number of half price tickets to the event. We are also pleased to be the UK media partner to the Podcasting, Seriously Awards Fund, who have a fund which can be applied to to reimburse entry fees for BIPOC and LGBTQ+ people, to any UK based media/journalism awards, more info can be seen on that here: https://www.podcastingseriously.com

The money from the Audio Production Awards is not taken as profit, it goes back to AudioUK and Audiotrain, which is then used for training for the audio production sector. At AudioUK, we worked with Diversity and Inclusion consultant Aradhna Tayal this year to develop AudioUK and Audiotrain.  Audiotrain webinars can be seen here: https://www.audiouk.org.uk/audiotrain/

There is always more to be done. Every year, we gather feedback, in order to help input into the way that we run the next year’s event. Each year, we will ensure that we further expand our networks, both within the judges and the entrants, to make sure we are working to represent the full range of experiences across the audio production sector.

A specific target for 2022 is to make sure that we work to reach an even wider range of entrants, to ensure that we are further representing the breadth of experience across the audio production sector at the awards.

At AudioUK, we recognise the huge business and creative benefits that representing a different range of people brings within the audio industry, particularly those who have been previously under represented.

You can find out more about AudioUK and diversity here.

If the APAs isn’t enough for you, check out our list of other audio awards and prizes. 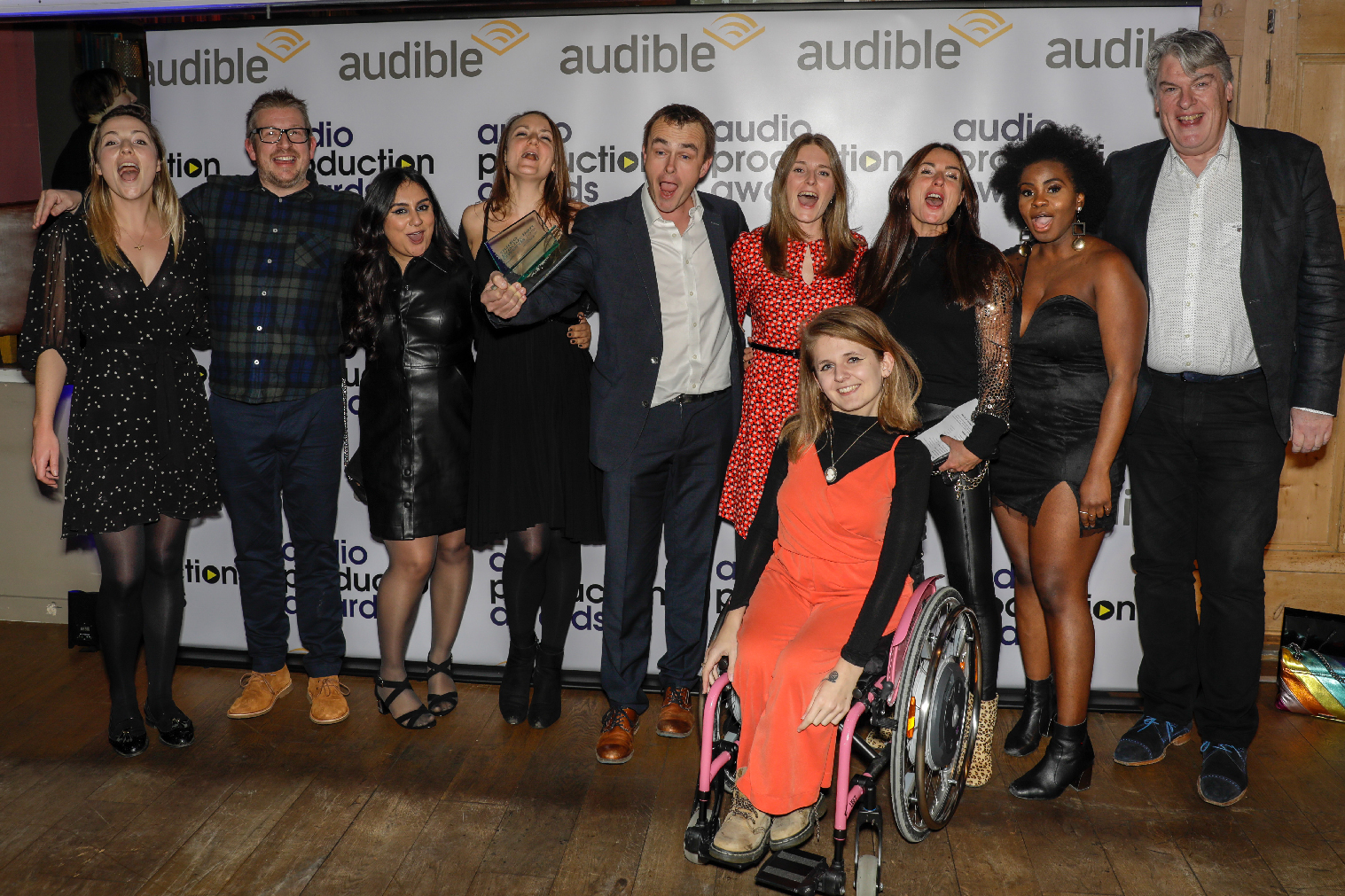 Fresh Air won Production Company of the Year in 2019